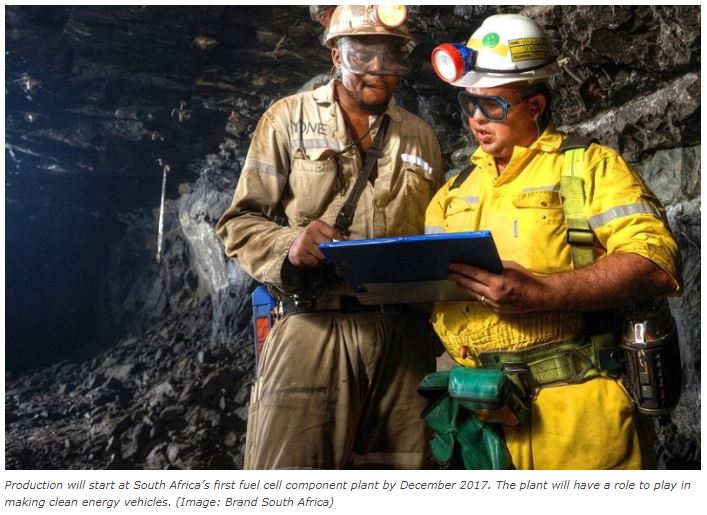 Production will start at South Africa’s first fuel cell component plant by December, it was announced at the Investing in African Mining Indaba. Fuel cells use platinum, and the country is the world’s leading platinum producer.

Brand South Africa reporter
Fuel cell components and using platinum as a catalyst was one of the hot topics at the Investing in African Mining Indaba this week. The annual conference took place from 6-9 February 2017 at the Cape Town International Convention Centre.

The indaba is dedicated to the capitalisation and development of mining interests in Africa. It was announced during the conference that production would begin at Africa’s first fuel cell component plant by December.